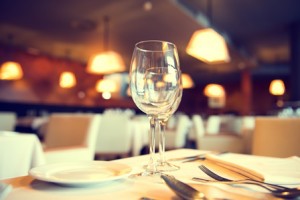 Welcome to The Local Arrangements’ Guide to Eating Well in OKC! This list of eats is organized by city district, with the districts closest to downtown listed first. See this handy map for an overview of downtown OKC and its immediate surrounding areas.

If you’re feeling adventurous….. (you will need some form of transportation to get you to these places!): Stockyards City | Plaza District | NW 23rd | Beyond 23rd | Way beyond 23rd

Downtown is Oklahoma City’s city center and central business and arts & entertainment districts. Film Row, located just west of the city center, is Oklahoma City’s former film exchange district – once home to the distribution offices of major film studios and a destination for theater owners to screen and lease films for their movie houses. Today it has been reborn as an area offering artistic businesses, a movie house, locally-owned restaurants, and more.

Old School Bagel Cafe*! : Yes, they boil then bake! Breakfast and lunch only. $

Bricktown, located east of the city center, is Oklahoma City’s major entertainment district. A former warehouse and industrial area, today it is home to attractions including restaurants, dance clubs, live music venues, upscale retail shops, the Chickasaw Bricktown Ballpark, and the Bricktown Canal. Deep Deuce, a historic neighborhood directly north of Bricktown, was once the largest African American neighborhood downtown and was the regional center of culture and jazz music. What remains of this area today has become an urban residential district.

The Mantel Wine Bar & Bistro : Fine seafood & chops in a low-lit bistro with a club-type decor. $$$

Automobile Alley, located to the northeast of the city center and once home to most of Oklahoma City’s car dealerships, is an upscale urban neighborhood with lofts, galleries, local shops, and restaurants.

Hideaway Pizza*! : Pizza and pasta options; an Oklahoma tradition since 1957.

Midtown, just north of downtown OKC, is currently experiencing a renaissance of its own. Featuring a number of renovated historic buildings, this area has many upscale urban amenities, including restaurants, shopping, events, and nightlife.

Bleu Garten : OKC has the highest concentration of food trucks in the US, and food trucks rotate regularly at this food truck park + bar.

Stockyards City has its origins in meatpacking and livestock, retaining many of original business and its Western flair. The area is located about 3 mi southwest of downtown OKC, sitting just south of the Oklahoma River.

Plaza District is a neighborhood commercial district northwest of downtown OKC. The area is rich in local arts and is home to galleries, studios, retail shops, restaurants, and more.

Pie Junkie*! : Just what the name says. Sweet and savory selections that vary by season. $

Uptown 23rd is a business, arts and entertainment district located north of downtown OKC. Currently experiencing its own renaissance, the area features a wide variety of restaurants and shops. Nearby photo-ops include the Gold Dome (a Route 66 landmark) and the Braum’s Milk Bottle building.

The Pump Bar! : Funky hangout in a former gas station with eclectic bar bites and small plates, plus creative cocktails. $$

The Asian District, north of downtown OKC, hosts a number of shops and restaurants representative of many cultures from all over Asia, notably Chinese and Vietnamese. The Paseo, just east of the Asian District, is home to Oklahoma City’s artist community. Surrounded by historic neighborhoods, this area is home to a number of unique galleries, shops, restaurants, and bars.

Guernsey Park* : Asian fusion and sushi in a modern setting. $$

The Red Cup** : Vegetarian cafe with vegan options and coffee. $

Western Avenue is surrounded by heritage neighborhoods and home to a diverse mix of local restaurants and bars, boutiques, antique shops, and galleries. The upscale Classen Curve area toward Western’s northern end is about 6 mi from downtown OKC.

The Drum Room : Fried chicken, waffles & other comfort foods dished up in whimsical digs, with a late-night menu. $$

The Barrel Pub* : Pub-fusion cuisine with an extensive selection of craft beers, wines, and spirits. $$

OKC is very big into the craft beer scene, so you will find many of our local breweries’ offerings at most of the restaurants above. If you want to try one of our local beers, look for these names:

For a true Okie experience, go to Braum’s. It’s a combination fast food joint / ice cream shop / grocery store that has the best ice cream in our fair state. Braum’s will open stores only within a 300 mile radius of its HQ in Tuttle, OK.